Dear Economist,
My young son came home from school and asked me: "Mommy, what's a credit crunch?" How can I explain this to a five-year-old?
- Ms. L.G., London

Dear Ms. L.G.,
Once upon a time, there was a blameless girl called Consumerella, who didn't have enough money to buy all the lovely things she wanted. She went to her Fairy Godmother, who called a man called Rumpelstiltskin who lived on Wall Street and claimed to be able to spin star into gold. Rumpelstiltskin sent the Fairy Godmother the recipe for this magic spell. It was written in tiny, tiny writing, so she did not read it but hoped the Sorcerers' Exchange Commission had checked it.

The Fairy Godmother carried away armfuls of glistening straw derivative at a bargain price. Emboldened by the deal, she lent Consumerella - who had a big party to go to - 125 percent of the money she needed. Consumerella bought a bling-bedazzled gown, a palace, and a Mercedes -- and spent the rest on champagne.

The first payment was due at midnight. At midnight, Consumerella missed the first payment on her loan. (The result of overindulgence.) Consumerella's credit rating turned into a pumpkin and Rumpelstiltskin's spell was broken. He and the Fairy Godmother discovered that their vaults were not full of gold, but ordinary straw.

All seemed lost until Santa Claus and his helpers, men with implausible fairy-tale names such as Darling and Bernanke, began handling out presents. It was only in January that Consumerella's credit card statement arrived and she discovered that Santa Claus had paid for the gifts by taking out a loan in her name. They all lived miserably ever after. 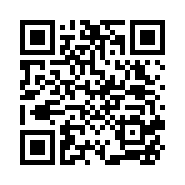