"What is Life but a series of Preludes to that unknown hymn, the first and solemn note of which is intoned by Death? Love is the enchanted dawn of all existence; but what fate is there whose first delights of happiness are not interrupted by some storm, whose fine illusions are not dissipated by some mortal blast, consuming its altar as though by a stroke of lightning? And what cruelly wounded soul, issuing from one of these tempests, does not endeavour to solace its memories in the calm serenity of rural life? Nevertheless, man does not resign himself for long to the enjoyment of that beneficent warmth which he first enjoyed in Nature’s bosom, and when 'the trumpet sounds the alarm' he takes up his perilous post, no matter what struggle calls him to its ranks, that he may recover in combat the full consciousness of himself and the entire possession of his powers." 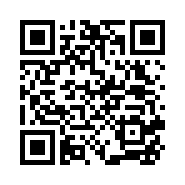